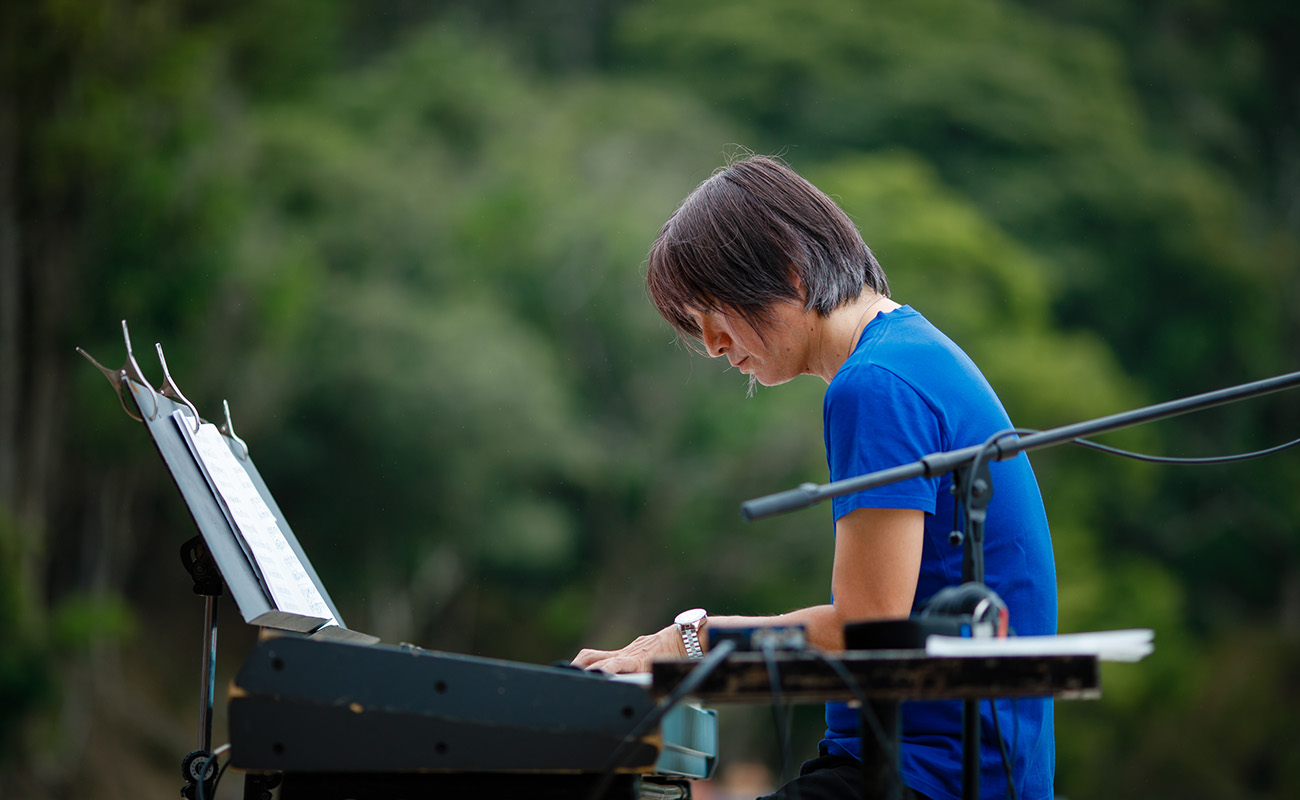 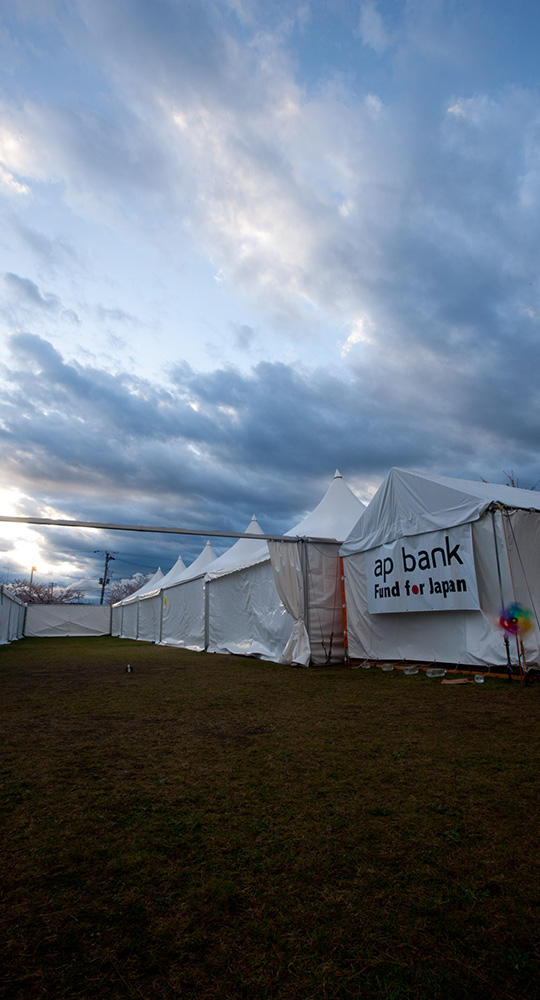 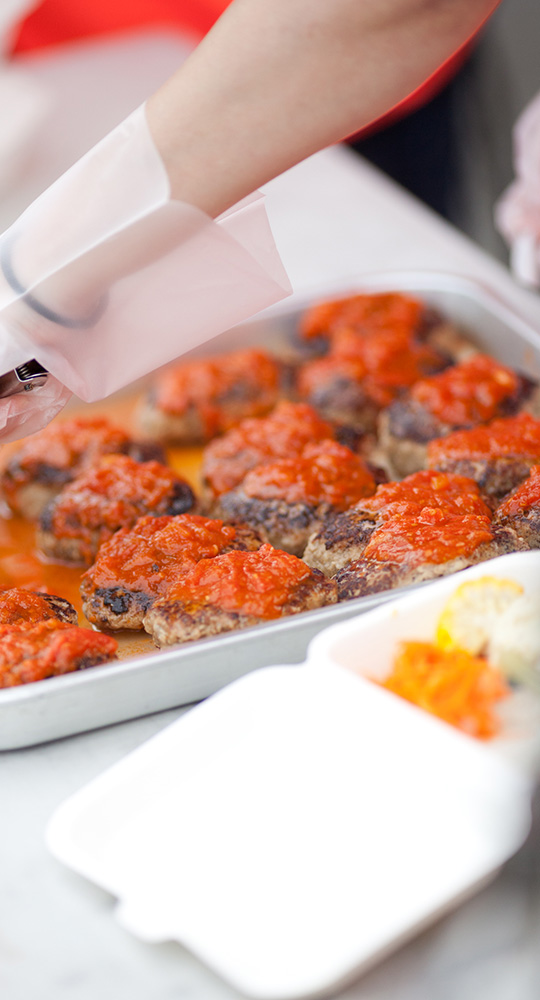 NO｜
11th September 2001, the day of the ‘September 11 Attacks”. Were you in New York that day?
TK｜
In Japan. However, my wife at the time and my two children witnessed it. Their residence was two kilometres from the World Trade Centre, and they witnessed through their window the second aircraft crashing into the building. I was in such a rush to get to New York after receiving the news about the terrorist attack, but I was so upset I could not even remember how to get to my house from JFK.
NO｜
The organisation ap bank, that finances environmental projects, was established in 2003, but prior to this in 2002, a year after 9.11, a ‘study session on environmental issues’ was started at your request.
TK｜
My title is music producer, and my specialty is to create a ‘Place’. Writing music, thinking about lyrics, and arrangement. There are various ‘Places’ surrounding music. Recording, live performances, where many professionals come together to create new value in the name of music.

9.11 was a shock. The disappearance of the World Trade Centre, the centre of the world economy and the symbol of world business, I began to wonder what money is really all about. And what I arrived at is that ‘Money is just a tool’.
AP bank is positioned as a ‘Bank for Citizens’, something I came to know about through a study session. In contrast to general deposits, where it is not possible to understand how the deposited funds will function and be returned to society, ap bank functions and is utilised for our desired purposes, such as the environment and welfare. Mr Kazutoshi Sakurai of Mr. Children, Mr. Ryuichi Sakamoto and myself contributed funds to this idea and launched ap bank.
When we launched ap bank, we set up a ‘sustainable’ index and provided loans for the expansion of renewable energy and environmental conservation activities. In addition, as musicians, we also launched an outdoor music event called ‘ap bank fes’ and reconstruction support activities in Tohoku, deciding to work in a ‘place’ where we can convey and share our thoughts and ideas.
NO｜
Please tell us more about the meaning and intent of ‘ap’.
TK｜
‘AP’ meaning ‘Artists’ Power’, the power of artists, and ‘Alternative Power’, meaning renewable energy. In other words, it is the creation of a world where the power of artists’ imaginations and sustainable energy circulate.

NO｜
While ap bank was been steadily developing, such as hosting the ap bank fes in 2005, the Great East Japan Earthquake struck the Tohoku region, your hometown, on the 11th March 2011.
TK｜
We immediately decided to start the fund-raising ‘ap bank fund for Japan’ for disaster recovery support, and at the same time we developed support actions centred around Miyagi and Iwate, such as preparing meals in the disaster areas and dispatching disaster recovery volunteers etc. The ‘ap bank fes’ activities were linked to this.
These activities are currently being carried out not only in support of Tohoku, but other areas affected by natural disasters in various areas of Japan. In 2014, we had live performances at ‘Dandan Café with ap’ for the landslides in Hiroshima, as well as for the 2016 Kumamoto earthquake, where we had a concert for meal preparations and support.
NO｜
Just ten years after 9.11, how did you feel about the earthquake that struck Tohoku, a place so close to your heart?
TK｜
I was shocked. When I was young, I used to arrogantly declare that ‘This world can be broken once’, but after seeing the disaster in Tohoku, devastated by the huge earthquake and tsunami, from the bottom of my heart I wanted to do my utmost to help it recover.
It is important to act positively with hope. Thus far human beings have been hit by various disasters and unfortunate events, yet every time they overcame the difficulties and delivered the ‘Now’ to us. For every negative thing, there should always be an opposite, positive force. Exactly like the circulation of nature and the universe.