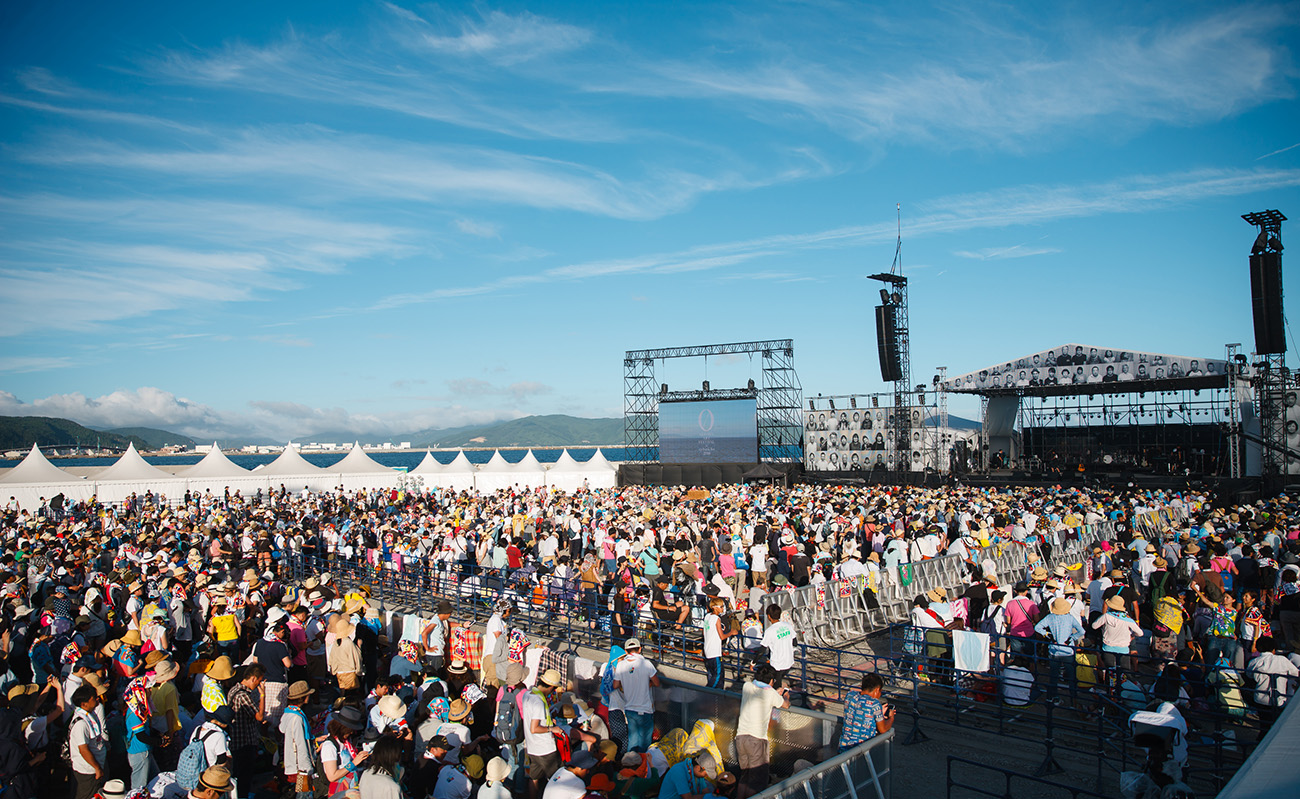 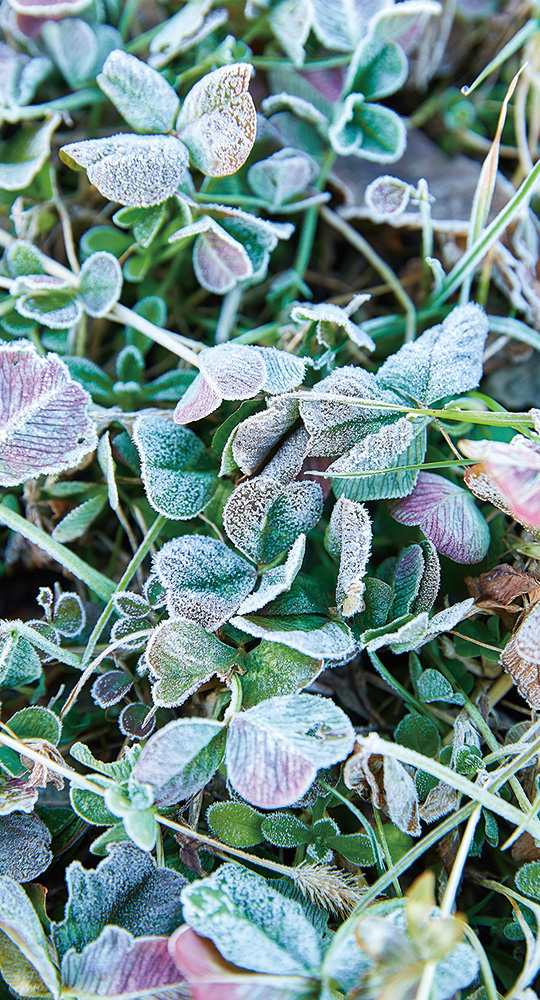 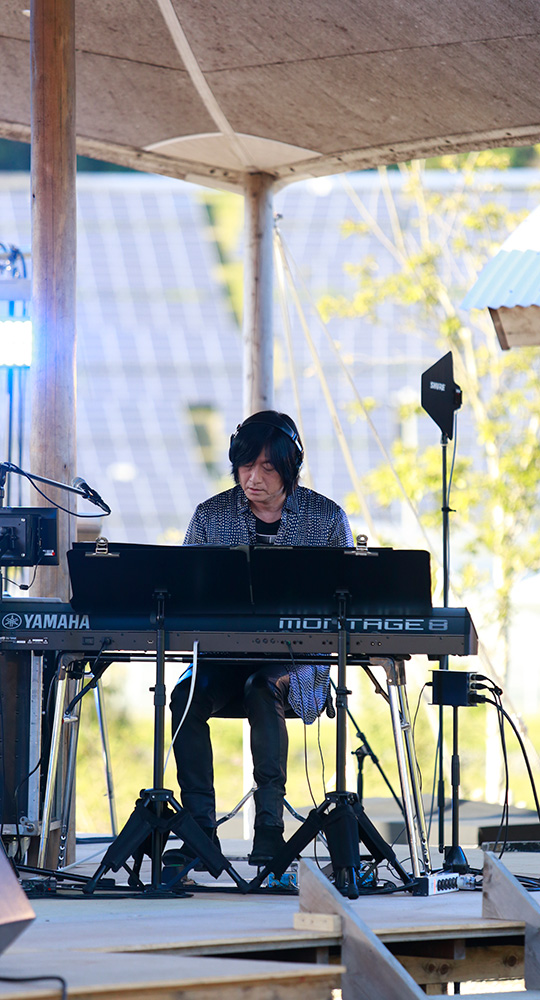 Part 1
Music opened a door to the world for me.

Naoko OTA (NO)｜
You are involved in various activities and projects under a ‘Sustainable’ umbrella, such as ap bank, established in 2003. First of all, please tell us about your roots, such as your first encounter with music, which forms the base of your activities.
Takeshi KOBAYASHI (TK)｜
Shinjo City, Yamagata Prefecture, where I was born, was a regional city that was open to foreign cultures, as was the rest of Japan at the time. I grew up in a culturally vibrant city with several movie theatres and several record stores. I have three older brothers. My eldest brother loves classical music, my second brother loves American Standard and jazz, and my third brother was of The Beetles generation. I grew up surrounded by various types of music as part of my emotional education at the time, including learning piano and listening to songs that would be played when the TV was turned on.
NO｜
You spent your childhood in a diverse musical environment with clear layers.
TK｜
I was also interested in listening to the message of music, the meaning of lyrics, the background of the birth of each song and the social situation surrounding it. At the time, my older brother, who was a high school student, was the last student activist generation. I felt that the two challenges they raised through their activism, ‘Democracy’ and “Liberalism”, did not always necessarily fit well together.
The Cuban Revolution by Che Guevara and others soon began, and then the Cuban Missile Crisis. I still remember clearly the name Mr. U Thant, the UN Secretary-General who worked to ease tensions between the United States and the Soviet Union.
In such a turbulent era, Bob Dylan and John Lennon were more open to the world of intricately intertwined problems and made music with a straightforward message: Everything is connected. I spent my time listening to Dylan and Lennon’s music in real time.

I began on my musical path in the 70s and in the 80s I started to participate in artists’ live performances, on the keyboards and arranging songs. In the 1980s, a wave of globalisation swept into Japan, and society as a whole became focused on the economy, entering the bubble period in the latter half of the 80s. Although there was a slight time difference in our industry, the wave arrived there too. During this trend, I received a lot of money. An unexpected amount.
Movements overly dependent on the economy continued to accelerate, and with ‘Wealth’ and ‘Power’ concentrated in the US, although I was sceptical about the situation, I felt that the trend would not stop. In fact, the music world followed this economic focus, and the 1980s was dominated by overproduction, music known as ‘Commercial Rock’. However, in the 90s, outsiders suddenly appeared from Seattle to encourage rock to return to its origins. Its representative, alternative rock driven by Nirvana (*1), with brilliant acoustics and roughness.
*1 Nirvana: Rock band from Seattle, USA
‘Nirvana’ is a Sanskrit concept of Buddhist philosophy.
NO｜
So the American music scene has the power to react quickly to social issues and opposing axes?
TK｜
The 60s, which arrived just after I was born, was a time when The Beatles adopted Indian music, Western and Eastern cultures were mixed, and psychedelic chaos was born. It was an era when the war was over and people were interested in multinational and multicultural, the diversity of the world so to speak. From the latter half of the 70s to the 80s, together with economic development ‘Popular Music’ became popular, which was strongly influenced by commercialism.
Furthermore, as we approached the end of the century in the 90s, ‘Grunge’ (*2) broke out, reflecting the chaotic world. At the beginning of the new Century, there was a big swing from the pursuit of one’s identity to nationalism. This is my own analysis of the music scene during that time.
*2 Grunge: Meaning slightly dirty
In the late 90s, the environment surrounding me changed so I set up a studio in New York to actually put myself at the forefront of the American music scene, which I was most influenced by. And that is where I experienced 9.11.