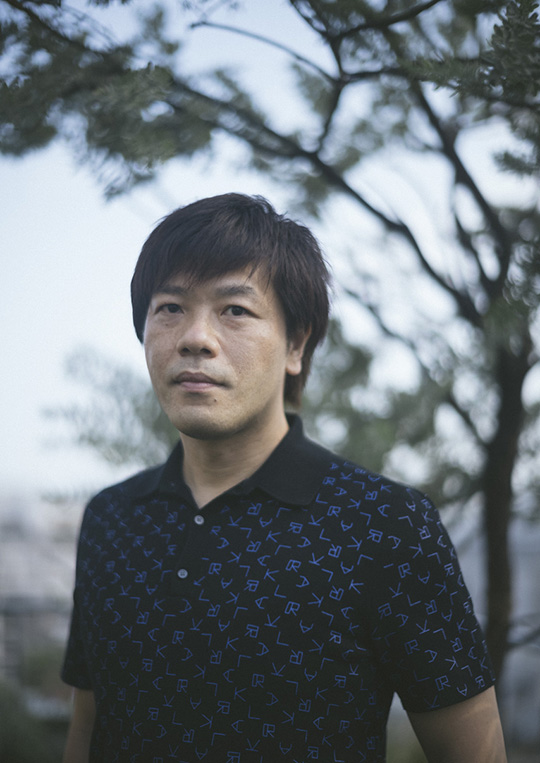 The world’s population is currently 7.875 billion, according to the ‘State of World Population 2021’ report (UNFPA – United National Population Fund), meaning just under 3 out of 100 people have been infected. Furthermore, extreme weather events such as unprecedented heavy rain, floods, giant typhoons, tornados and heat waves are reported daily around the world.

On the 9th August 2021, the United Nations Intergovernmental Panel on Climate Change (IPCC) published their sixth Assessment Report. With a stronger tone than ever before, it stated “It is unequivocal that human influence has warmed the atmosphere, ocean and land. Widespread and rapid changes in the atmosphere, ocean, cryosphere and biosphere have occurred.”, determining that we humans have a tremendous impact on the order of the earth.

In recent years, rapidly developing AI technology has expanded ‘reality’ with VR and AR. Meanwhile, however, it seems that we have not faced the ‘reality’ of the global climate mechanism of ‘our home’.

If the present is the result of the past, the future could change depending on how we live in the present…. Backcasting looks at the present by imagining the reality of future society as ‘our problem’, rather than ‘somebody else’s problem’, and that this should bring about the desired changes in our future Earth.

In May this year, Keiichiro Hirano published the story Honshin, which depicts the trajectory of a young man’s soul, set in Japanese society a quarter of a century in the future. This one book is causing quite a stir in the hearts of many readers. One hot afternoon in late August, I met Keiichiro Hirano and asked what inspired him to write this book.

Born in Gamagori City, Aichi Prefecture in 1975. Brought up in Kitakyushu City. Graduated from the Faculty of Law, Kyoto University.
He received the 120th Akutagawa Prize for The Eclipse, posted in the literary magazine Shincho, while attending school in 1999. It became a best seller, selling 400,000 copies. Since then, he has published numerous works in a variety of styles that change with each piece, translated in a variety of languages for many countries. In 2004, he stayed in Paris for a year as a Cultural Envoy for the Agency for Cultural Affairs. He has a deep knowledge of art and music, and has written critiques in a wide variety of genres, including being in charge of the Art Review section in the Nihon Keizai Shimbun newspaper (2009-2016). In 2014, he held an exhibition entitled ‘Voices Calling from the Unusual: Hirano Keiichiro's Selection of Western Art Masterpieces’ as guest curator at the National Museum of Western Art. In the same year, he received the Chevalier of L'Ordre des Arts et des Letters (The Order of Arts and Letters). He continues to actively collaborate with artists from a variety of genres.

Major Awards:
[1999]
The Akutagawa Prize for The Eclipse (Nisshoku)
[2009]
The Education, Science and Technology Ministers Art Encouragement Prize for New Writers for Breach (Kekkai)
The Prix Deux Magots Bunkamura for Dawn
[2017]
The Watanabe Junichi Literary Prize for At the End of the Matinee
[2019]
The Yomiuri Prize for Literature for A MAN